Get my free 3 hour Introduction to Excel 2013 course. Get 17 training videos to help you learn MS Excel 2013. Click here to get the free course: https://simonsezit.leadpages.net/free-excel-2013-course/

In this video, get to know the basic principles of creating pivot table in Microsoft Excel 2013.

Get the full course on Excel 2013 course here: http://www.simonsezit.com/courses/microsoft/learn-microsoft-excel-2013-advanced-training-tutorials/

If you enjoyed the video, please give a “thumbs up” and subscribe to the channel 😉

Welcome back to our course on Excel 2013 Advanced. In this section we’re going to start to look at pivot tables. Now it’s a little bit tricky really when we start on pivot tables here because I’m sure that some of you will have used pivot tables before, at least in a basic form. On the other hand, understanding some of the basics of pivot tables if you haven’t used them before is absolutely essential even if what we’re going to do is go into some of the more advanced aspects of their use.

There are a few features of Microsoft Excel that really are considered to be its greatest strengths and amongst these are pivot tables, pivot charts, and the associated tools and techniques. They’ve been in Excel for several versions now. By no means they are new and they’ve continually been improved particularly in recent versions, but the fundamental idea of pivot tables has been around for some time and has been one of its great strengths for some time.

The first thing to explain to you is not what a pivot table is. I’ll come back to that in a little while. I’m going to start by explaining situations in which you would use pivot tables because that will help to explain not only why you use them but what they are.
We use pivot tables for what we call transactional data. So that’s records of things that have happened normally in some kind of sequence. Now that doesn’t necessarily mean that there is some kind of dependency between these items, but it does mean that they are similar events or similar measurements that have a certain set of properties in common.

Now the case study we’re going to start with is a very straightforward one and it’s to do with sales in convenient stores. And in a number of convenient stores in the U.S.A. we’ve recorded individual sales over a long period of time. I’ve actually got a lot of data in the workbook that we’re using for this example, many thousands of transactions and each transaction is a row on this sheet.

So taking that row, for example, we’ve got a date for the transaction. We’ve got a branch. It’s the Denver, Colorado branch. We’ve got a value, $1. And the department in which the sale was made. It’s breads. Now if I go through all of this data and as I say there are many thousands of lines of data, you’ll see that I’m dealing with a few branches over a period of time, not a very long period of time. But there are hundreds of sales each day and they’re all categorized in exactly the same way.

So first of all, what we’re dealing with is rows in a worksheet or some worksheets which each represent some kind of transaction. It’s not necessarily a sale but just something that happens; some event, something that was measured.

Now one of the problems you always get with very large amounts of data is finding some meaningful ways of analyzing that data or presenting that data. So for example, given this straightforward convenient store sales data how might we want to analyze it? Supposing we wanted to show, for instance, how the sales in the stores that we’ve got varied over a period of time. Maybe we would plot the total sales for each store for each month in the time period where we’ve made the measurements or maybe for each week. 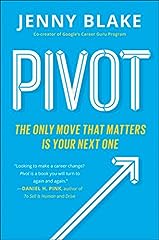 
Pivot: The Only Move That Matters Is Your Next One 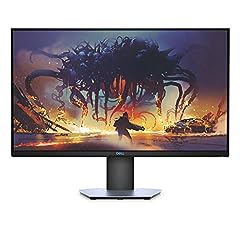 Experience sharp, tear free graphics with a swift refresh rated to 155 hertz (overclocked) and AMD free sync for super smooth visuals Get blazing fast and responsive gameplay with minimum input lag at an extremely rapid 1ms response time. Pixel Pitch... (as of November 27, 2020 - More infoProduct prices and availability are accurate as of the date/time indicated and are subject to change. Any price and availability information displayed on [relevant Amazon Site(s), as applicable] at the time of purchase will apply to the purchase of this product.) 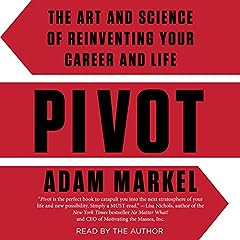 
Pivot: The Art and Science of Reinventing Your Career and Life 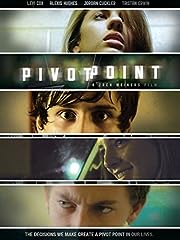 Thanks for the video and transcript good stuff

Out of a 15 mins video , its already been 10 mins and still didnt learn anything yet . But anyways it was a good one

Useful info only the last 5 min. For the first ten, too much useless talk. Is the three hour course the same ratio wise?

yes this is very usefull

Thank you for this tutorial.

It is really great tutorial, thank you for sharing.

Can I request the database you are training in the video as a home exercise material? Thank you for the help.

This just took a long time to show me nothing. What the fuck.

HAS VALUE, but too long winded.  Very repetitive, just get to it.

Great Tutorial. This clip is from a training course at SimonSeziT so looks a little out of context here. The preamble is important as this video is the first in the Pivot Table section.

Oh my god. A person could die of thirst before you share anything useful.

Great tutorial, but it took way to long to get to the useful information…

9 minutes passed and nothing really demonstrated. Come on.

why does the screen keep rotating??? very distracting.

you speak too much not much practice!

too much talking, we aleady know what it is, we only want to know how to do it

7 minutes in, learned nothing yet.

you talk too much

Thanks. for sharing everything i need to know regarding Pivot Tables. The first 9 minutes was worth it.